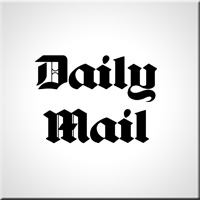 Westbrook have completed a number of projects across with the Daily Mail Group – with consultants embedded on-site.

We worked with DMG to deploy the largest FinancialForce implementation within the UK.

Having struggled with the deployment over 2 years, Westbrook took over the project – taking the solution Live within our estimated 8 month timeframe.

The project connects the Sales Ledgers and Finance users from across 15 companies in the DMG Media group, into a single new Sales Ledger built in FinancialForce

The new ad booking systems across the group also integrated with FinancialForce, as well as the General Ledger.

Our consultants worked on-site with DMG to enhance their use of the Service Cloud.

The solution provided an internal knowledge base of over 100 articles, helping them to more effectively resolve customer cases – with each agent being able to contribute new articles for approval.

This was combined with interface improvements to improve efficiency & user experience.

Page layouts were optimised to present Service Agents with the most relevant information quickly, & dynamic lists presented the most important information from a customers case history in a feed.

We worked with DMG to customise chatter, enhancing the collaboration tool to drive adoption.

The first was adding additional features to Chatter itself – such as being able to create new tasks and events directly within the feed.

The second was allowing users to create ‘Quick Pitches’ inside of Chatter.

Forms captured who the pitch was for, auto-filling records from information in the system, displaying a user-friendly visual price-book with selection menus.

These pitches could be easily reported on, and automatically ensured teams were in the loop using Chatter auto-following.

We worked with DMG to create a ‘Single Sign On’ across the group’s Salesforce instances.

The single sign on system was created to cover all of the DMG Media Sales & Service cloud, automatically logging-in user’s to the platform’s they had authorisations for.

The solution also allows high level users to view data from across the entire group, providing a single view of all system information.

The platform also allows outside organisations, that are involved in the service & support of DMG Media services to access features of their Service Cloud.

We worked with Wowcher to separate their Sales Cloud from the DMG system, while remaining connected to their existing Service Cloud.

To avoid disrupting the existing DMG group’s system, they needed to migrate Wowcher to a new instance.

This was enhanced by installing a number of applications.
• New Voice Media
• CongaMerge
• EchoSign

A Sample of our Work:
Media & Communications

Complete the form below with your email address & receive a sample of our work via email.